CAPTAIN MARVEL AND THE CAROL CORP

It’s a fine age when we get two such strong books about TEAMS of women. Not just one strong female role model, but two separate squads filled with distinct personalities and relationships. Almost like they were people and stuff. It’s stupidly insane that it’s taken this long for Marvel (and comics at large) to put a spotlight on women (not including the constant spotlights on their tight costumes), but fuck are these both great books.

We’ve talked about in past articles how the SecretWars event gave Marvel a chance to let it’s hair down and experiment with different kinds of books, different kinds of stories, different combinations of writers and artists. Did they do it all just so they could have Miles Morales and Black Nick Fury in the 616? Almost certainly. But out of this uber-summer long experiment, we were all exposed to new takes on old characters that hopefully have won over other readers as much as they’ve won over yours trulies as YPF. The key to both “Carol Corpsâ€ and “A-Forceâ€ is quality. Quality stories, quality writing, quality art. Which seems like a ‘no fucking shit’ statement, but so often in the past the bigger companies assume they have to do something special when dealing with characters that don’t happen to have little illustrated dicks between their giant illustrated legs.

Were they right in the past? Maybe. Maybe nerds only wanted to see dudes with bulging pecs and bulging codpieces make the witty one-liners and make the heroic stances. Maybe fully articulated, well-formed female characters didn’t sell in the past, and only now can nerd society deal with the fact that Captain Marvel, She-Hulk, and Nico are just as great as the Hulks, Thors, Captain Americas. And we’re not even talking about two of the best CHARACTERS introduced/revamped in recent comic history: Squirrel Girl and Ms. Marvel. Pre-Secret Wars there wasn’t much drawing me to mainstream comics, but those two titles consistently reminded me how fucking great comics can be.

But here’s the thing. Even if they were right in the past about keeping women as anatomically impossible sex objects because that’s the only way they’d sell, I still call shenanigans. That’s a lazy, horseshit argument–and it always has been. There are ways around mainstream idiocies. Make female characters attractive AND heroic, if attractive is key (Black Widow in the MCU is a great example. Buffy Summers is another. Maybe that Whedon guys is on to something). Flesh them out as well as you would Dr. Strange. Gender is meaningless except that we give it meaning, and it’s up to the creators and artists of the world to push against the docile thinking that makes the normals think otherwise. Media reflects society, but it alters it, drives it towards progress, too. But this is just a silly article about which comic is better, so I guess it’s time to stop preaching and start picking. 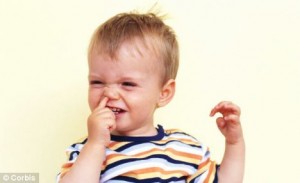 If only preaching tasted this good.

Both follow similar structures. Team buys into Doom’s bullshit. Something unexpected happens. Teams questions Doom. Team fights off Thors. “A-Forceâ€ adds in family dynamics and lust for power, “Carol Corpsâ€ leans WWII adventure with its focus on camaraderie and unit cohesion. And it’s been a long damn time since I’ve seen a military story handled this well (props to YPF favorite, Kelly Sue Deconnick. Read both books, and you’ll be better for it. But only Captain Marvel and the Carol Corps moves on to the FINAL BATTLE.-MG