While I write this update, I’m drinking a Bloody Mary, and doing so for a couple of reasons: First off, because it’s Saturday. That means it’s totally okay for anyone to start drinking whenever they feel like it, regardless of what “timeâ€ it is or how many “familiesâ€ with “kidsâ€ are running around to say it’s improper or never be like that “sadâ€ “manâ€ or whatever. Secondly, I’m drinking in celebration of three years of YourPopFilter. This week marks three years of countless DVD reviews, TV reviews, music reviews, video game reviews, Top Tens, Trailer Trash, Hey You Knows, Fucking Calves, drinking games, drunken podcasts, and just general love/hate for everything pop culture. It’s meant a lot to me, and everyone at YPF that we have people who want to read and listen to things we have to say about said pop culture, especially since they’re often said (apparently) drunk. So thank you for being here with us, whether you’ve been here since the first day when we learned how to put a subject and predicate together, or if you’re new. You, the Filterino, mean a lot to us. Because we couldn’t do it without you. I mean, we could, but it wouldn’t be as fun. Mostly because in thinking about you guys, I’m realizing myself, and possibly the entire staff of YPF, have a drinking problem. 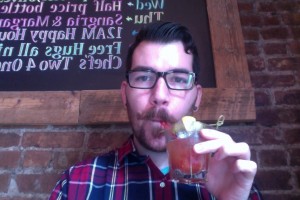 THIS IS YOUR FAULT

To celebrate three years of pop culture and drinking, we’re doing something special in the KickStarter. In addition to the normal donation prizes, we’re offering EVERYONE who gives today the first 100 episodes of the podcast, which our now impossible to get. This is only good until midnight tonight (July 26, 2014) and the Kickstarter ends in 4 days!

Enjoy the journey of YourPopFilter and the PopFilter Podcast. And thank you. I’m gonna order another drink.