In which Alysa breaks down an album track by track. 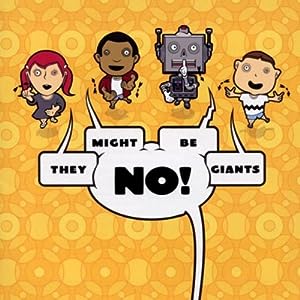 I have been very sick recently and have been in and out of the doctor’s office for the past two weeks.  I wont give you delightful readers the gory details, but I will tell you that I am very high on Vicodin most of the time.  Therefore, today’s article will be a very interesting one indeed.  “No!â€ by They Might Be Giants is an album that has been in my life for quite some time and was one of my favorite things about my childhood. It is their “children’s albumâ€ and one of the greatest things about it was that when it was released, it came with an interactive CD that had games for each song and animated videos. Pretty sweet deal when you are a kid. What disturbed me as I got older though, was that this is a VERY creepy kids album. Some songs don’t make sense or give a very strange lesson that might not be what you want your blossoming toddler or child to hear.

To start off the CD is a very folksy acoustic song. I am not entirely sure what they are trying to get across with the lyrics. They talk about some very silly, imaginative things that exist on a fake island and tell you to fib to yourself. It always struck me strange that they phrased it like that, not to be imaginative and daydream but to “fibâ€ to yourself. Also, very creepy man voice in the song, not disturbing at all… Moral of this song? Lie even to yourself.

Very happy sounding song, normal musicality for They Might Be Giants of bouncy beats and strange instruments. They lyrics wouldn’t be disturbing to a normal adult audience, it’s a silly kind of story about a girl standing a guy up. Let’s remember though, that this is a song for children and instead of the guy getting stood up and dealing with it, he SITS AND WAITS FOR HER FOREVER. He even gets old in the song and ends up in the future but STILL WAITS FOR THIS GIRL. Moral of this song? Never give up on a girl, even if it’s creepy.

This song is absolutely terrifying. I hope your child doesn’t have any fear of a robot take-over because this song would scare the shit out of them.  Some very cute synth-ee beats underneath a robotic sounding man singing about children controlling (basically) an ARMY of robots. Moral of this song? Build robots? I don’t have a damn clue.

This song is POSSIBLY the worst of the songs as far as lessons go. This lovely song teaches your growing child to say no. Sometimes saying no is good, like when you are getting raped, but not so good the way they tell you to do it. They are asking the children to say no to EVERYTHING. “Do this, NO! Don’t do that, NO!â€ Moral of this song? Be a little bastard and do nothing your parents tell you.

Track Five: Where Do They Make Balloons?

As far as morals or lessons go, this song is one of the few on the record that is actually beneficial to kids. It is a very pretty song about different countries and what they export or have. It is very cute AND teaches your kid something instead of just disturbing them. This song was always my favorite as a kid because it allowed me to wow my friends with some sweet-ass knowledge and the music is very good. Moral of this song? No moral, just some cool information.

Alas, another song that has a beneficial lesson instead of a crazy one (don’t get used to it).  A woman sings this one and a very cutesy, up-tempo beat backs her up. She is telling children to cross at crosswalks instead of the middle of the street and when you do cross, look both ways and be careful! Moral of the song? Cross the street properly so you don’t die.

This song is just fucking crazy. Children probably enjoy it and it’s silly but there is nothing coherent out of this song. It’s just a violin playing along with a guy saying the same words repeatedly. It starts off innocent enough but the things he says get progressively scarier. He starts of with hippos and violins and gets to portions of George Washington’s head. Then it just ends with him screaming along with the violin and then saying violin some more. Moral of this song? Words sure are fun to say.

What the holy living fuck. This is a 70’s porn-rock sounding song about a super power called “Supertastingâ€….. That’s it. I know you were hoping for more than that but that is literally it. Moral of this song? Uhhhh Supertasting.

This song is just some creepy music and a guy singing about The Edison Museum and how it’s haunted. I don’t know what they were thinking when they wrote this for kids because this song scared the shit out of me as a kid. I never listened to it. Then, the song ends with them basically telling children that if they are bad, their parents will force them to go to the haunted Edison Museum. Moral of this song? Don’t be bad kids, or mom and dad will make you go in a haunted place. 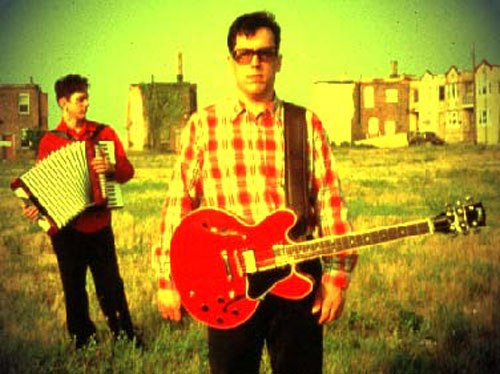 Track Ten: The House at the Top of a Tree

JESUS CHRIST. FUCK THIS SONG. It is addicting and has an adorable musical backing but THE LYRICS. This is a song about mice in the woods that are going to kill you and you have to keep feeding the mice chips to keep them at bay. WHAT THE HELL. Why?! Moral of this song? They Might Be Giants are trying to psychologically ruin your children with fear.

Very normal song (shocker!!!) that is just a follow along to do physical activities like jumping and clapping. The beat is catchy and fun. Nothing much else to say about this jam. No moral to this song, just fun

Track Twelve: I Am Not Your Broom

Aaaaaaand back to the horribly disturbing shit. This song has no music, really, and is about a broom that refuses to sweep for it’s master and runs away. I’m not touching this shit with a ten foot pole. Moral of this song? Burn all the brooms because they are alive and want to rebel.

This song has some pretty cool music. Just drums and some weird vocal noises. No lyrics, not much to say for this one.

Track Fourteen: I Am A Grocery Bag

A very silly song that is, basically, the reading of a grocery list. Something for the brain-dead kids, I suppose.

UGHHH I HATED THIS SONG AS A KID. So boring. I never cared about the lyrics or anything the song was about because it SUCKS. I guess it’s about some assholes that want to sleep or something. Who cares? The music is nice and chill, I guess. Listen to this song if you like being boring as fuck. Moral of this song? Don’t be so god-damned sleepy all the time kids.

This song was my JAM. The music is awesome and rock-like. This song is still my jam, frankly. It’s about having an awesome, full day and now it’s time for bed. No fighting it or complaining, just time to go to bed. Moral of the song? Don’t fight bedtime, you had a rich and full day. JUST GO TO BED.

Adorable song with bells, xylophones, and some horns that is about sleepwalkers walking in hoards all over the country. Sounds disturbing but it’s pretty nice. Good end to the album. Moral of this song? Don’t wake sleepwalkers because that’s not cool.

In conclusion, They Might Be Giants should NOT write children’s music. Their morals are disturbing and they are a part of the reason why I grew up weird. I give them a lot of shit here but in reality, I love this album and I listened to it non-stop for most of my youth. So, even though it fucked me up forever, at least I had fun while it was happening!  Also, that Vicodin kicked in REALLY hard around track three or so…

Posted in Music, Uncategorized
Love the show? Help keep the lights on! Become a Patron!