The Superhero Show Show #444
Paper Girls Finale, and the Best Superhero Team of the Year! 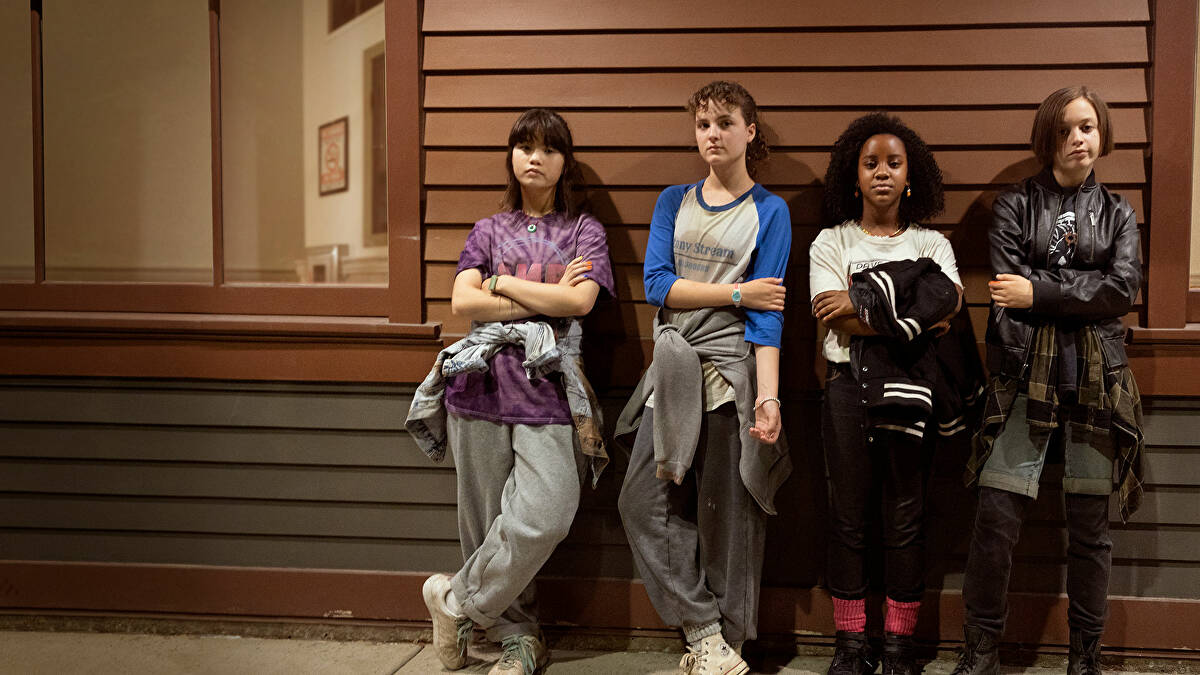 It’s the wrap-up of Paper Girls, plus the Shushie for Best Team, and a sit-down with Nick from None of My Friends Like Comics, on an all-new Superhero Show Show!

On an all-new, all-different Superhero Show Show, Cassie and the Boyz are finally wrapping up Amazon Prime’s Paper Girls! So far they’ve dug it, so now it’s time to see if the show digs itself a landing to land in! Will Jason Mantzoukas add his name to the list of our greatest villains? Will the girls make it back to their time, thereby necessitating zero new seasons of the show? Or, right before they make it home safely, will they instead end up a different way of screwed? You already know what happened, but tune in to see what these three freaks thought about it!

But before that, it’s time to give out the Shushie for best Superhero Team! The superhero team is the foundation of the comic book tv show. Even series that seem to revolve around one person almost always have a team of people at home making sure they can do what they do. Who will take home this year’s trophy.

After the Paper Girls talk, the Taste Buds break down every other TV show based on a comic book that came out this week, including Tales of the Walking Dead, Harley Quinn, She-Hulk, Stargirl, and Resident Alien, plus episodes 6 and 7 of Sandman and episodes 6 and 7 of Locke and Key.

As if that wasn’t too much show, Ryan sits down with Nick from None of My Friends Like Comics. In this installment, the two talk about Nick’s podcast, what it’s like to get friends to read comics, and whether or not people who don’t read comics are actually cowards. If you want more of Nick, check his podcast out here:

While Americans overwhelmingly support the right of an individual to make their own decisions about abortion, unfortunately, that right is no longer protected everywhere in the U.S.

The Supreme Court overturned Roe versus Wade on June 24th.

Abortion is a basic healthcare need for the millions of people who can become pregnant. Everyone should have the freedom to decide what’s best for themselves and their families, including when it comes to ending a pregnancy. This decision has dire consequences for individual health and safety, and could have harsh repercussions for other landmark decisions.

Restricting access to comprehensive reproductive care, including abortion, threatens the health and independence of all Americans. Even if you live in a state where abortion rights are upheld, access to safe medical procedures shouldn’t be determined by location, and it shouldn’t be the privilege of a small few.

You can help by donating to local abortion funds. To find out where to donate for each state, visit donations4abortion.com.

If you or someone you know needs help, or if you want to get more involved, here are 5 resources:

1.  Shout Your Abortion is a campaign to normalize abortion.

2. Don’t Ban Equality is a campaign for companies to take a stand against abortion restrictions.

3. Abortion.cafe has information about where to find clinics.

4. PlanCPills.org provides early at-home abortion pills that you can keep in your medicine cabinet. And five.

5. Choice.crd.co has a collection of these resources and more.

You can also find links to all of these resources and more info at podvoices.help