Working Through the (Back) Issues:

It’s 2021 and after two long years, the MCU is back!  Once the initial excitement wore off, it became real clear that the post-Endgame world of Phase 4 is setting up to be a different place.  After a decade plus of primarily focusing on Iron Man, Captain America and other relatively recognizable names, Marvel Studios is starting to pull out the deep cuts. Like deeper than the Guardians of the Galaxy deep.  If you’re anything like me you probably have some pressing questions like “What even is an Eternal?”

For the first time since this all started in 2008, I can’t fall back on what I remember from reading comics up through my early 20s.  So I’m taking the plunge and diving into the back catalogs of all the characters in the upcoming movies–and like every other asshole on the internet, I’m going to write down my unsolicited opinions for all to see. Or at least for you to see.

Shang-Chi is a perfect start for something like this.  Unlike a lot of corners of Marvel I’ll be covering down the line, until I started this project, I had never read a Shang-Chi comic.  The character has definitely come back into prominence (especially once Marvel realized that literally everything they owned is now a cash cow) but when the MCU began in 2008 he had long been relegated to a footnote.  At the time his only real presence in the Marvel universe was in the short-lived Heroes for Hire series from 2006 that isn’t exactly well-remembered.  Until this year he hadn’t had an ongoing series since Master of Kung-Fu ended in 1983. THAT’S 38 YEARS!  He never even made it into any of the Marvel vs. Capcom games.  Yes, the guy whose whole deal is that he’s really good at fighting was such an afterthought for most of the past 40 years that they still, to this day, haven’t even put him in their popular fighting game.

Part of this probably has to do with Shang-Chi’s weird origin.  They don’t do it quite as much these days seeing as they have arguably the two biggest IPs in the world under their thumb (Marvel and Star Wars), but Marvel Comics used to license the comics rights of popular characters from other mediums.  A bunch of your favorite franchises including Doctor Who, Conan, and Godzilla have all had comics published under the Marvel imprint.  By the way, yes, the Avengers have technically fought Godzilla.  So it actually makes perfect sense that Marvel would want to capitalize on the kung fu craze of the 1970s to get that extra 20 cents from their loyal readers..

The story goes that they tried to license the rights of the popular Kung Fu television series.  Unfortunately for them, Kung Fu was the property of Warner Bros. Television whose parent company had just acquired DC Comics in 1969.  Warner gave their new competitors a kindly middle finger, so Marvel had to go with the obvious Plan B…licensing the rights to Sax Rohmer’s super problematic pulp villain Dr. Fu Manchu!  With those rights in hand, they went about developing their new hero Shang-Chi–the son of Fu Manchu who is on a constant quest to stop his evil father.

Shang-Chi had a hell of a run in the 70s and 80s, lasting over 100 issues before longtime writer Doug Moench finally left the book.  Three issues later Marvel decided the traveling kung fu guy gimmick had run thin and canceled the title.  If this were a normal case, an old character like Shang-Chi would gain new fans via reprints, eventually (hopefully) gaining enough interest among a new group of readers that the publisher brings them back.  Unfortunately for Shang-Chi, Marvel lost the rights to Fu Manchu and the Rohmer characters they used fairly soon after the last issue in 1983.  As a result they were unable to reprint any of his old stories up until 2016.  They would still bring Shang-Chi in sporadically, mostly as the muscle in various team-up books, but were unable to directly reference his father or many of the supporting characters from his initial run.  Not having that history readily available to dive into  meant I, like most people, just kept wondering who this weird kung fu guy was whenever he’d show up. 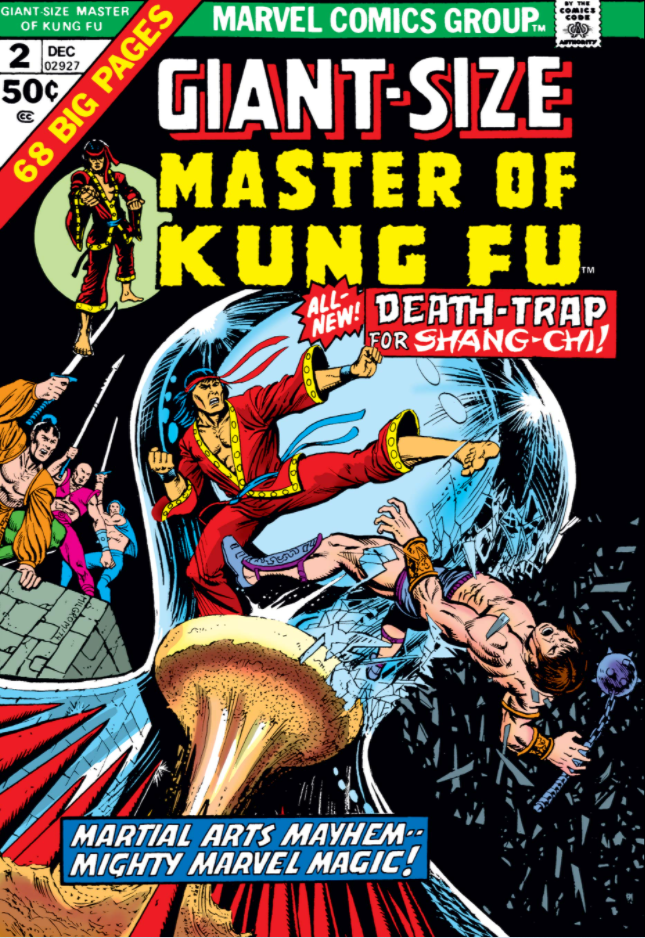 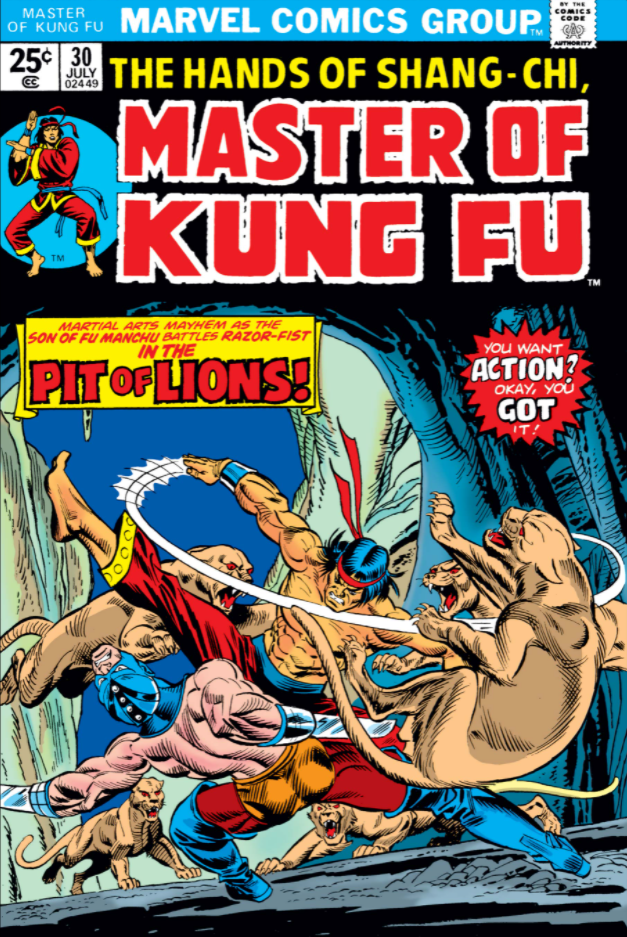 So with all of that history in mind, I cracked open Special Marvel Edition #15 unsure what to expect… I kept reading for like 20 straight issues.  These books are ridiculously good fun.  After a decade plus of every big superhero comic needing to be part of some big universe sprawling event, there’s something  refreshing just reading about the continuing adventures of a noble traveling fighter and his quest to stop the machinations of his evil family members.  And when that well began to run a little dry (and the use of Fu Manchu started getting a little too controversial even for the 70s),  they freshened it up with the basic premise of “What If MI6 hired a kung fu master?”

Shang-Chi has a much darker origin than I expected.  I’m used to Marvel characters with tragic origin stories, but Shang-Chi starts his first issue out as a straight-up villain.  He’s been raised by Fu Manchu and trained to be his deadliest warrior, the whole time believing that his father is a force for good and that all who oppose him are evil.  Somehow he maintains this outlook when his dear old dad sends him to karate chop an old man to death (Dr. John Petrie, another character from Rohmer’s novels).  After killing this guy in his sleep, he’s confronted by Petrie’s friend Denis Nayland Smith (also a character from the old Fu Manchu series) and told of the error of his ways.  After confirming that all he’s been raised to believe is bullshit, Shang-Chi sets out on his quest to stop his father. Meanwhile, Nayland Smith organizes his forces to avenge his friend and bring Shang-Chi to justice.  Shang-Chi and Nayland Smith quickly become allies (comics!) against Fu Manchu (and later against enemies of world peace in general.)  Of course, this being Master of Kung Fu, it goes without saying that in basically every issue they find somebody for Shang-Chi to use his skills against including but not limited to sumo wrestlers, robot-men, a man with swords for hands and an actual gorilla.  It’s fantastic. 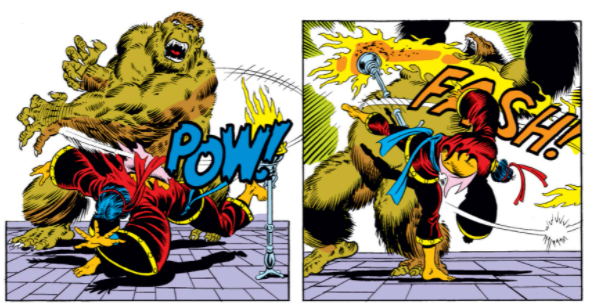 One thing that has to be noted is that older Marvel comics have a tendency to be insensitive with their non-white male characters, as well as a tendency to nosedive into orientalism.  Master of Kung Fu has the dubious distinction of bringing these two unfortunate things together.  Some of this comes off as misguided attempts to tell an anti-racism story, but you can only have so many morally dubious white dudes using every Chinese slur in the book before it gets taxing to read.  That doesn’t even take into account Shang-Chi’s various allies using words to describe him that would never fly today.  If that kind of thing is a non-starter for you then I highly recommend skipping all this and reading his later issues.

Just a note here that whenever I do these I’m largely going to be relying on various character reading guides I find online so almost everything I’m reading is going to be “recommended”.  This section will be more of a “bare essentials” list of things you should definitely make time for.

Special Marvel Edition 15 and Master of Kung Fu 17-22:  After two issues guest starring Shang-chi, Special Marvel Edition turned into Master of Kung Fu with issue 17.  If skipping a single issue bugs you you can absolutely read #16 but the story is fairly inconsequential to the rest of the arc so feel free to skip it.  This is the first leg of Shang-Chi’s quest to take down Fu Manchu and it establishes the stakes going forward.  Plus it gets bonus points for every time Fu Manchu discusses mimosa in issue #18.  It’s supposed to be a poison but I bet that dude throws some lavish brunches. 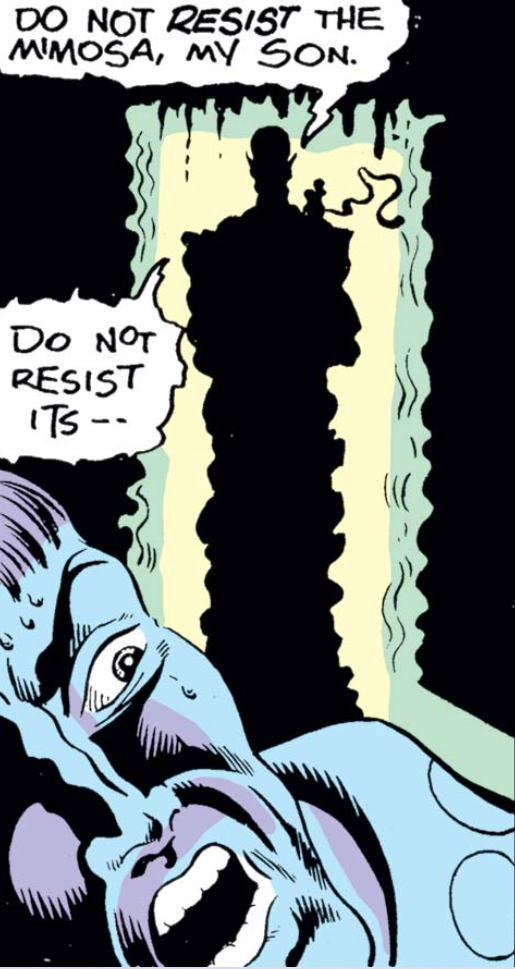 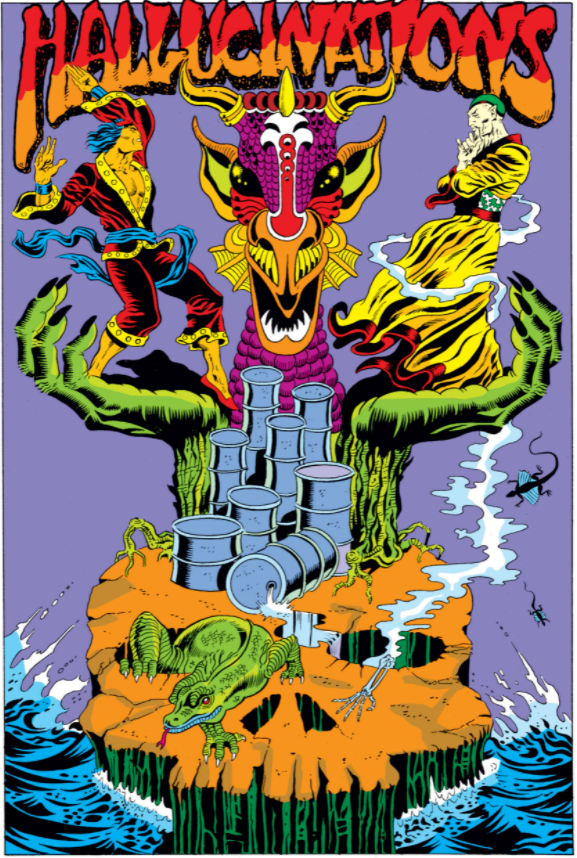 Giant Size Master of Kung Fu #2:  If I were to recommend a single issue out of all of these it’d be this.  We see Shang-Chi meet (and fall for) a woman named Sandy.  This being a comic book, she is, of course, tragically fridged, and Shang-Chi has to enter a deadly gauntlet after Fu Manchu kidnaps her.  The story isn’t much to write home about. but there’s a ton of excellent fight scenes all leading up to the gauntlet. And the page they use to depict the meat of that is one of the more awesome bits of comic art I’ve seen in a while.

Master of Kung-Fu #29-31:  This story is worth reading for two reasons.  First off, this is the introduction of Razorfist, who appears in the movie.  He doesn’t really have much of a character other than his sword arms (I’ll admit the name Swordarm doesn’t sound nearly as cool), he’s kind of your classic James Bond henchman.  That brings me to the second reason, this is the beginning of the aforementioned switch of the series to more of a spy thriller with martial arts focus and it is AWESOME.  We get the kung-fu stuff mixed with lavish and over the top James Bond scenarios.  In addition to Razorfist, we get a whole sequence where Shang-Chi has to fight the big bad’s collection of vicious panthers.  It rules. It rules hard.  Just look at the 70s spy cinema-riffic title splash page for issue #31. 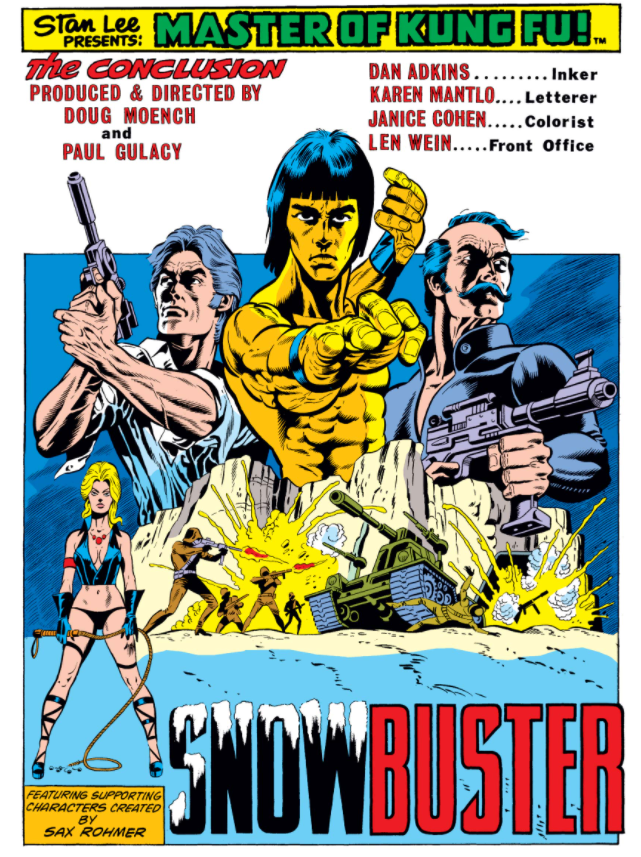 If you want to continue on from these issues, I think it’s safe to assume the rest of the series maintains a similar quality.  Doug Moench writes the vast majority of the series up through issue #122 and the series ends quickly after with issue #125.  It really is a shame that Fu Manchu and his related characters became such a rights nightmare for this series for so long, but it’s awesome that we finally get to experience these books in all their glory.

Next time I’ll be taking a look at some modern Shang Chi comics starting with Marvel Knights #1-15.  Everything I read for these should be available on Marvel Unlimited, which I highly recommend if you’d like to read along. 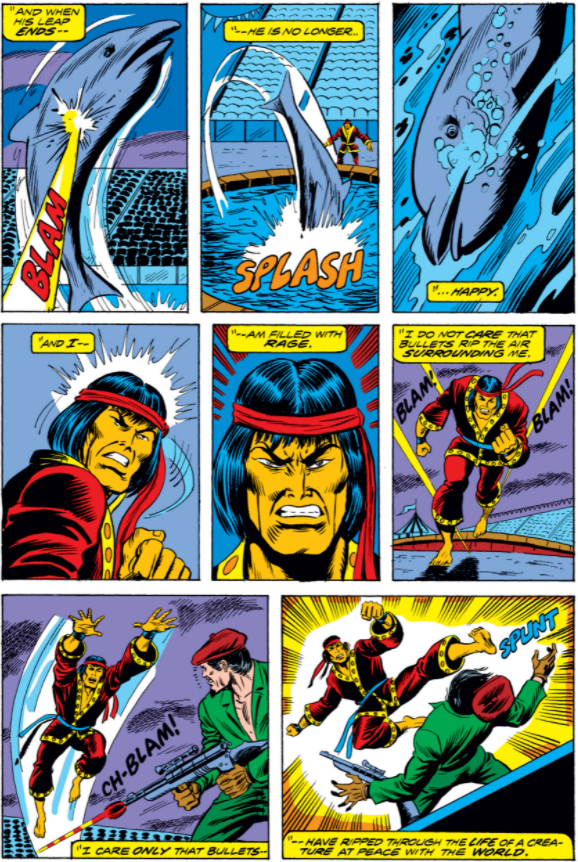