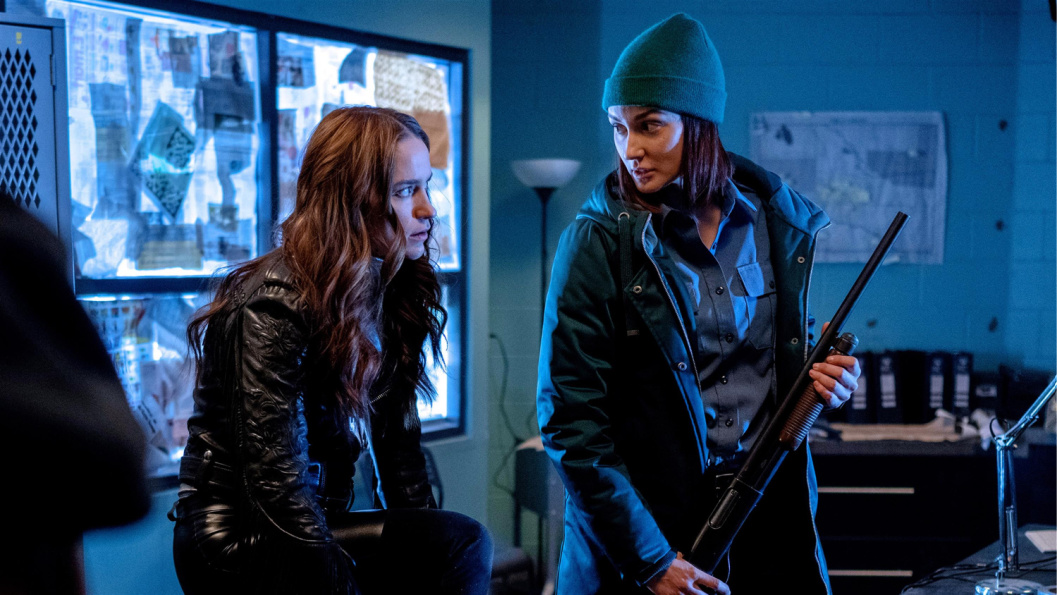 On an all-new The Superhero Show Show, the Taste Buds discuss the season premiere of Wynonna Earp!

Cassie makes her triumphant return to the show, and kicks Mike’s ass right off of her throne. Her first task is to lead the Taste Buds through a fantasy draft! Cassie, Mike, and Ryan each draft a four-person team of Agents of SHIELD characters they think will show up in the final three episodes of the season. Then the Friends turn their attention to the return of the much-heralded, much-missed Wynonna Earp! Back after a two-year hiatus, the show picks up right where it left off, confusing the crap out of everyone – particularly Cassie, who is watching the show for the first time. But plot isn’t what matters on Wynonna Earp, as the cast and writers get directly to the jokes, references, and character moments. And if that wasn’t enough, they also discuss new episodes of Doom Patrol, Marvel’s Agents of SHIELD, Stargirl, and Warrior Nun!

To prove her worth in the Underground, Jane brings Larry to rural Arkansas to help her retrieve an invaluable item. Niles organizes a special day for Dorothy while she hides a personal development from her father.

FAMILY IS A TRICKY THING, ON AN ALL-NEW EPISODE OF ABC’S ‘MARVEL’S AGENTS OF S.H.I.E.L.D.,’ WEDNESDAY, JULY 29

“Stolen” – After Enoch’s sacrifice propelled them out of the time storm, the team arrives back in 1983 where Nathanial and Kora are hard at work building an army of hand-selected anarchist Inhumans at Afterlife. When the agents split up to cover more ground, Daisy is tasked with protecting Jiaying and is compelled to confront her mother for the first time since her death; while the others quickly learn they’ll need to face yet another supercharged former enemy in order to stop Malick on “Marvel’s Agents of S.H.I.E.L.D.,” airing WEDNESDAY, JULY 29 (10:00-11:00 p.m. EDT), on ABC. (TV-14, V) Episodes can also be viewed the next day on demand and on Hulu.

“Stolen” teleplay is by George Kitson & Mark Leitner, with story by Mark Linehan Bruner and directed by Garry A. Brown.

Produced by ABC Studios and Marvel Television, “Marvel’s Agents of S.H.I.E.L.D.” was co-created by Joss Whedon, Jed Whedon and Maurissa Tancharoen, who also serve as executive producers along with Jeffrey Bell and Jeph Loeb. ABC Studios is a part of Disney Television Studios, alongside 20th Century Fox Television and Fox 21 Television Studios.

Watch Stargirl on The CW!

A BLAST FROM THE PAST – Courtney’s (Brec Bassinger) life gets turned upside down when someone from her past arrives in Blue Valley. Meanwhile, Pat (Luke Wilson) uncovers new information about the ISA’s plan and Jordan (Neil Jackson) makes a surprising discovery at work. Jennifer Phang directed the episode written by Geoff Johns (#111). Amy Smart, Yvette Monreal, Anjelika Washington, Cameron Gellman, Trae Romano, Meg DeLacy and Christopher James Baker also star. Original airdate 7/28/2020. Every episode of DC’s STARGIRL will be available to stream on CWTV.com and The CW App the day after broadcast for free and without a subscription, log-in or authentication required.

Secrets are revealed and a Sister Warrior mysteriously returns to the fold as Ava and her allies attempt to keep a sacred object out of the wrong hands.

Infiltrating the Vatican to find a tomb hidden deep underground for a millennium? Hell, Ava may need a miracle to pull off this mission.

Wynonna Earp races to find a way into the Garden before her sister is trapped forever.