The Superhero Show Show #463 A Deep Dive on 1992’s Human Target The Taste Buds watch the pilot episode of 1992’s Human Target, starring Rick Springfield! On an all-new, all-different episode of The Superhero Show Show, the Taste Buds find themselves  with an empty television schedule! They have no choice but to turn their attention to the past, and…

The Superhero Show Show #346 TGIH (Thank God it’s Helstrom) On this week’s episode of The Superhero Show Show, The Taste Buds discuss the premiere of Helstrom! Hey! There’s actual new TV to watch! And it’s…Helstrom. The show from the line that Marvel has already abandoned, and cancelled the plans for every show except for this one, which was… 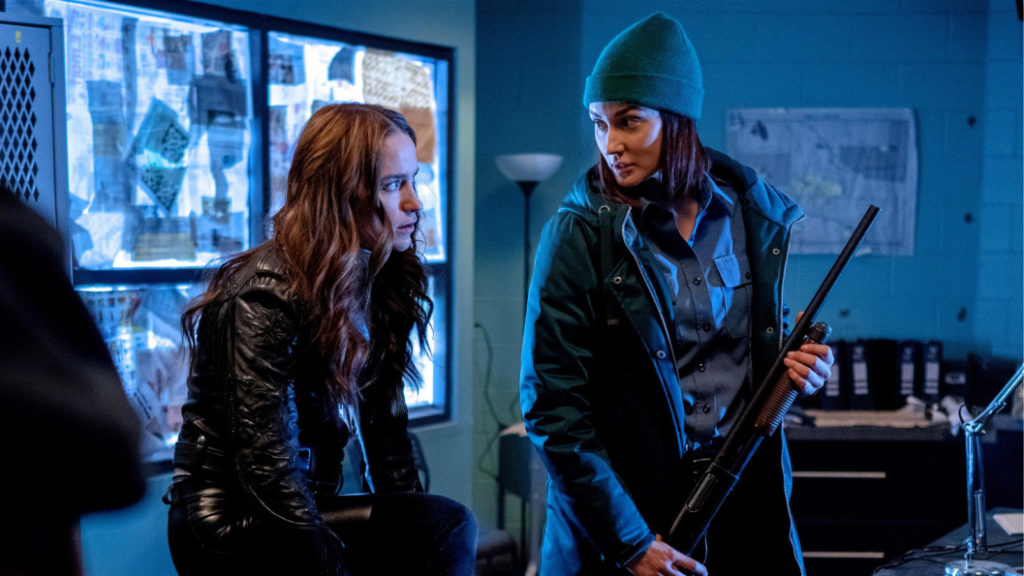 On an all-new The Superhero Show Show, The Taste Buds discuss the two-part season finale of Snowpiercer!

The first season finale of Snowpiercer is here, and it seems like the Taste Buds are the only ones here to talk about it. What started off underwhelming became even less talked about as the season went on, so Snowpiercer really needs to end the season with a bang if it doesn’t want to be a huge disaster. Regardless of the ratings, Cassie leads Ryan and Mike into a discussion about the final two episodes, and whether or not Snowpiercer at least hits a Fast and Furious level, if not a Watchmen level. Then, the Friends take a week off of handing out Shushie awards to discuss the new Netflix movie The Old Guard, based on a comic by Greg Rucka and Leandro Fernandez! All of that

The rebel forces are on the ropes when a dangerous foe defects to their side. They hatch a final plan to take control of Snowpiercer once and for all, but it comes at a grave moral cost, and just may destroy them all.

In the revolution’s aftermath, Layton (Daveed Diggs) struggles to govern the shell-shocked survivors. Melanie (Jennifer Connelly) finally makes peace with her demons, only to realize the biggest threat to their survival is right over her shoulder.

Dorothy is missing. As Niles and Cliff are away searching for her, Larry deals with some ageless aeronauts who returns from space. There’s a funeral in the Underground. Vic discovers a connection between Roni and S.T.A.R. Labs.

“After, Before” – With the Zephyr’s time drive malfunctioning, the team is quite literally hurling toward disaster and Yo-Yo may be their only hope. The only problem? To get her powers back, she’ll need to enlist the help of an old adversary and revisit part of her past long hidden away, on “Marvel’s Agents of S.H.I.E.L.D.,” WEDNESDAY, JULY 15 (10:00-11:00 p.m. EDT), on ABC. (TV-14, DLV) Episodes can also be viewed the next day on demand and on Hulu.

“After, Before” was written by James C. Oliver and Sharla Oliver, and directed by Eli Gonda.

Watch Stargirl on The CW!

DADDY DEAREST – Tensions rise among the JSA members after Courtney (Brec Bassinger) suggests who she wants to recruit next to the team. Meanwhile, Barbara (Amy Smart) invites Jordan (Neil Jackson) and his family over for dinner, and Henry Jr. (Jake Austin Walker) makes a surprising discovery about his father. Luke Wilson, Yvette Monreal, Cameron Gellman, Anjelika Washington, Trae Romano, Christopher James Baker, Meg DeLacy and Hunter Sansone also star. Tamra Davis directed the episode written by Colleen McGuinness (#109). Original airdate 7/14/2020. Every episode of DC’s STARGIRL will be available to stream on CWTV.com and The CW App the day after broadcast for free and without a subscription, log-in or authentication required.

While Mary squares off with Sister Lilith, Ava begins to open up to JC, and Jillian Salvius fires a warning shot at the Church.

Ava experiences a come-to-Jesus moment courtesy of Mary, who pulls no punches as she shows her just how many souls have their own cross to bear.

The Superhero Show Show #330 Warrior Nun 101 On an all-new The Superhero Show Show, The Taste Buds discuss Netlfix’s Warrior Nun! A new comic book show on Netflix is a dicey proposition for our podcast heroes; the streaming service’s batting average is not great. For every Locke and Key, there is two V-Wars (remember that?). They commit to watching just the…

The Superhero Show Show #328 Stargirl Is Better Than Batman (at least compared to the Batman from Legends of the Superheroes) The Taste Buds discuss the fifth episode of Stargirl (@Stargirl_CW) on an all-new The Superhero Show Show! The Junior Justice Society is starting to take shape as Courtney (@Brecbassinger) and Yolanda (@yvettemonreal) hunt down Rick, son of Hourman,…